Is COVID-19 A Justification For Breaking A Residential Lease? 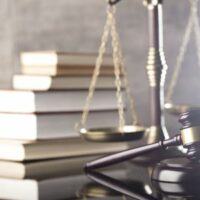 The COVID-19 pandemic has caused substantial disruption to the normal functioning of society. Many people were forced to change their employment, educational, and living arrangements as a result of the ongoing public health crisis and its associated restrictions on daily life. At the same time, however, the courts have not treated the pandemic as grounds for dispensing with normal contractual obligations, such as residential leases.

A recent decision from a federal judge in Tampa, Longo v. Campus Advantage Inc., provides a cautionary example. This case involved a class action complaint filed by a group of college students who signed leases for off-campus apartments owned by the defendant and located near the University of Central Florida (UCG) prior to the 2019-2020 academic year.

At the start of the pandemic, UCF encouraged students living on-campus to move out of their dorms. The school further said it would “return a fair portion of the students’ room and board” as compensation. While UCF also “encouraged” off-campus housing providers to do the same, the defendant in this case did not. The defendant continued to enforce its existing leases with its tenants, while simultaneously closing or limiting access to on-site amenities, consistent with the public health measures designed to address the pandemic.

The plaintiffs sued the defendant on a number of grounds, among them a claim that they were entitled to “rescind” their leases. The judge rejected that claim and other arguments and granted the defendant’s motion to dismiss the lawsuit in its entirety. The judge explained that rescission of a contract is an equitable remedy typically allowed by a court in response to an invalid contract. That was not the case here.

Rather, the plaintiffs argued for rescission based on two alternate grounds: (1) impossibility of performance and (2) frustration of purpose. The first ground argued that since the defendant could not provide safe access to the amenities promised in the lease, performance of the lease was impossible. But as the judge noted, that would be grounds for the landlord to seek rescission, not the tenant. And in any event, performance was not technically “impossible”; the defendant could have provided the amenities but decided “that course was imprudent in the light of COVID-19.”

The plaintiffs’ second argument–frustration of purpose–centered on the idea that the reason they rented off-campus housing in the first place was to attend UCF. Since the campus was closed due to COVID-19, the plaintiffs could not achieve this purpose. Once again, however, the judge said that did not affect the defendant’s legal obligations. The purpose of the lease was to provide accommodations, period, which it did. There was, the court said, “no contractual right to attend school in the lease agreements and no limitation in [the defendant’s] lease agreements that only students attending those local universities could rent.” As such, the closing of the UCF campus did not affect any contractual obligations with respect to an off-campus lease.

There are a number of leasing and contractual issues that have arisen due to the COVID-19 pandemic. If you are involved in such a dispute and need advice from a qualified Sarasota landlord-tenant lawyer, contact Moran, Sanchy & Associates today to schedule a consultation.