Does The Bank Have To Pay My Legal Fees If I Beat Their Foreclosure Attempt? 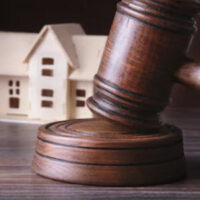 It is not uncommon for a consumer contract to contain a “unilateral attorney’s fee provision.” Basically, this means that the other party has the right to demand you pay their legal fees if they are later forced to sue you for failure to meet your contractual obligations. To help level the playing field, however, Florida law imposes a “reciprocal” obligation on such unilateral attorney’s fee provisions.

The reciprocal fees rule provides that when an agreement allows one party to collect legal fees if they are “required to take any action to enforce the contract,” then “the court may also allow reasonable attorney’s fees to the other party when that party prevails in any action, whether as plaintiff or defendant, with respect to the contract.” So even if the contract only affords one side the right to recover their legal fees, the law still provides a mechanism for the other side to collect if they win.

The Florida First District Court of Appeal recently addressed this rule in the context of a mortgage foreclosure case. The borrower in this case took out a reverse mortgage on his home. Unlike most traditional mortgages, this reverse mortgage was a “non-recourse” loan, which meant if there was a default, the lender could only sell the property. It could not hold the borrower responsible for any remaining balance on the loan.

The mortgage contract and its accompanying promissory note both contained unilateral attorney’s fee provisions favoring the lender. In other word, if the lender was forced to foreclose, it could hold the borrower responsible for any attorney’s fees incurred in connection with the sale.

In 2017, the lender informed the borrower it was accelerating its demand for repayment of the reverse mortgage. The lender justified this action by claiming the borrower had not made the necessary insurance payments required by the mortgage. As such, the borrower said it was entitled to both full repayment as well as legal fees. The borrower did not respond to this demand, and the lender obtained a default judgment of foreclosure. The lender subsequently purchased the property and moved to evict the borrower.

The borrower, who said he was unaware any of this was happening, obtained his own lawyer and moved to set aside the default judgment. Not only did the lender fail to properly serve him, the borrower said he had, in fact, paid the insurance as required by the mortgage. After some further litigation, the lender agreed to dismiss its foreclosure lawsuit.

The borrower then asked for an award of attorney fees, citing Florida’s reciprocity rule. The lender objected, arguing that since this was a “non-recourse” mortgage, it could not have collected any attorney fees from the borrower even if it had prevailed. Therefore, the lender insisted that reciprocity did not apply.

The First District disagreed. Citing a recent decision from the Florida Supreme Court, the First District said that as long as the contract allowed one party to “recover” attorney fees, the other side was entitled to do the same if it prevailed. The fact that the borrower would not have been “obligated” to pay such fees due to the non-recourse nature of the loan was irrelevant. All that mattered was that the contract itself contained the necessary language to trigger reciprocity. The borrower was therefore entitled to seek attorney fees against the lender.

When it comes to fighting a foreclosure action, it is important to understand and assert your legal rights. An experienced Sarasota foreclosure defense attorney can provide you with valuable guidance and representation. Contact Moran, Sanchy & Associates today if you need to speak with a lawyer right away.