Is An Oral Modification Of A Written Lease Enforceable In Florida? 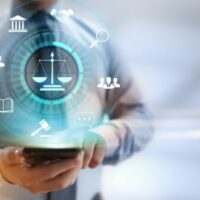 When it comes to any sort of business agreement, it is always best to get it in writing. This applies not just to an original contract but any subsequent modifications. While the parties to a deal may later reach an “oral understanding” to modify an existing written agreement, enforcing such promises in court can prove difficult.

This is particularly true when talking about something like a commercial lease, where one party may takeover one of the original party’s obligations under the agreement. A recent decision from the Florida Fourth District Court of Appeals, Hallandale Plaza, LLC v. New Tropical Car Wash, LLC, provides a case in point. In this case, a commercial tenant claimed that a successor landlord was bound by an oral modification to the original written lease.

Here is what happened. The original landlord signed a lease with the tenant. The tenant agreed to pay a fixed amount of “base rent” each month, as well as “additional rent” equal to the tenant’s share of the landlord’s annual operating expenses and property taxes. The parties were supposed to estimate the amount of additional rent at the start of each year. If the estimate later proved inaccurate, the amount would be adjusted.

The tenant made all of the required base rent payments. But the tenant also alleged that it entered into an oral agreement with the original landlord to amend the lease by removing the obligation to pay additional rent. The original landlord then sold the property. The new landlord believed the additional rent obligation was still in force and subsequently initiated eviction proceedings when the tenant refused to pay.

A Florida circuit court judge determined the additional rent clause of the written lease was ambiguous at best. And since the original landlord never collected any additional rent, that proved there was an oral modification to the lease. The court also found that the tenant had made payments of additional rent to the landlord “under duress.” For these reasons, the judge summarily dismissed the landlord’s eviction lawsuit.

On appeal, the Fourth District held that dismissal was premature. The appeals court said the lease was not ambiguous. Nor did the trial court cite any credible evidence the tenant paid any additional rent under duress. (Threatening to take legal action to evict a tenant for non-payment of rent does not count, the Court noted.)

The Fourth District returned the case to the trial court for a full hearing on the merits. In considering the eviction action on its merits, the appeals court said the landlord could argue that by making payments of additional rent, the tenant had “waived” any oral agreement it made with the original landlord on this issue.

While there is a certain romantic attachment to the idea of people making “handshake” agreements, in the modern world it is always best to spell out any contracts–or amendments to contracts–in writing. If you are involved in a lease dispute and need legal representation from a qualified Sarasota landlord-tenant lawyer, contact Moran, Sanchy & Associates today to schedule a consultation.