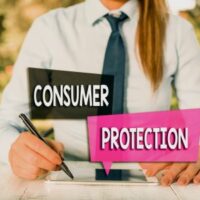 The Telephone Consumer Protection Act (TCPA) is a federal statute that restricts the use of telemarketing and automated “robo-calls” to make commercial solicitations. Among other practices, the TCPA bans the use of “unsolicited text messages to cellular telephones without the … consent or the recipients.” So if a company is texting you unwanted advertising, you can sue them and collect monetary damages.

A recent decision from a divided three-judge panel of the U.S. Court of Appeals for the 11th Circuit discussed a technical–yet important–legal question arising from enforcement of the TCPA: Does sending unsolicited text messages constitute an “invasion of privacy?” The reason this question mattered was that the case before the appellate court centered on specific language used in a telemarketer’s insurance policy.

Here are the basic facts of the case, Horn v. Liberty Insurance Underwriters, Inc. A plaintiff sued a company called iCan for sending him unsolicited text messages in violation of the TCPA. As is common practice, the plaintiff filed his lawsuit as a class action complaint, seeking damages on behalf of herself and anyone else who also received the unwanted texts from iCan. The complaint itself described iCan’s alleged TCPA violations as an “invasion of personal privacy.”

For its part, iCan notified its commercial insurer of the lawsuit and asked it to defend against the claim. The insurer refused to do so, citing language in iCan’s insurance policy that specifically excluded lawsuits arising from any claim of “invasion of privacy.” After the insurer refused to provide a defense, iCan settled the class action for approximately $60 million.

The class action plaintiff then sued the insurance company, arguing it was required to cover $2 million of that $60 million judgment–the limit of iCan’s policy. A federal judge granted summary judgment to the insurer, however, holding that the “invasion of privacy” exclusion applied to the facts of this case.

On appeal, the 11th Circuit affirmed. Two members of the three-judge panel substantially agreed with the trial judge. They concluded the language of the class action complaint had a clear connection with invasion of privacy. In the majority’s view, the policy was not ambiguous on this point.

The law affords you certain rights as a consumer. When a business intentionally violates those rights, you can–and should–take action to defend yourself. If you need legal advice or representation from an experienced Sarasota consumer protection lawyer, contact Moran, Sanchy & Associates today to schedule a consultation.