Can Debt Collectors Give Out Your Personal Information To Third Parties? 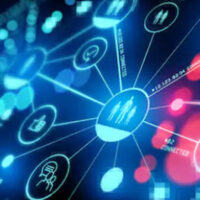 The Fair Debt Collection Practices Act (FDCPA) is an important federal statute that protects your rights as a consumer. The FDCPA is basically designed to stop debt collectors from engaging in certain abusive practices when dealing with consumers. One of these protections is that, except under very specific circumstances, a debt collector is not allowed to communicate information about you or your debt to a third party.

11th Circuit: Consumers Have the Right to Sue Debt Collectors for Privacy Violations

The U.S. 11th Circuit Court of Appeals, which has federal appellate jurisdiction over Florida, held earlier this year that individual consumers could file a lawsuit against a debt collector who violate this third-party rule. The case before the court, Hunstein v. Preferred Collection and Management Services, Inc., involved an all-too-familiar scenario. A consumer incurred a substantial amount of medical debt to a hospital, in this case for his son’s care. The hospital then assigned the unpaid bill to a debt collector, who is the defendant in this case.

The debt collector then hired a third party, a commercial mail vendor, to handle the actual collection activities. In doing so, the debt collector provided the third party with information on the debtor, including his status as a debtor, the amount he owed, the nature of the debt (i.e., his son’s medical bills), and even the name of the debtor’s son. The third party then used this information to send what is known as a dunning letter–a demand for payment–to the debtor.

In response to the dunning letter, the plaintiff sued the defendant in federal court, alleging it violated the FDCPA’s third-party rule. The trial judge dismissed the case, finding the defendant’s allegations were insufficient. On appeal, the 11th Circuit also inquired into whether or not the plaintiff had legal “standing” to bring his complaint in the first place.

In the federal court system, a plaintiff must have an actual “case or controversy” to maintain standing under Article III of the Constitution. One element of standing is that they must allege a “concrete” injury that the court can remedy. For example, in a personal injury case, the plaintiff’s concrete injury may be their medical bills or lost income. But in this case, the alleged violation of the FDCPA did not cause the plaintiff any “tangible harm.” Nor was he faced with the imminent risk of such harm.

Nevertheless, the appellate court said the defendant established Article III standing because in enacting the FDCPA, Congress intended to provide a remedy for violations of a debtor’s privacy by a debt collector. On that basis, the plaintiff had standing. As for the merits of his case, the 11th Circuit said the plaintiff could proceed with his lawsuit based on the allegation that the defendant violated the FDCPA in transmitting private information to the third-party mail provider.

The 11th Circuit acknowledged in its decision that its reading of the law may serious upset the “status quo” for debt collectors, who often rely on third-party vendors to do their mailings. Nevertheless, this decision is great news for consumers looking to fight back against aggressive and abusive debt collectors.

If you have been harmed by a potential FDCPA violation and would like to learn more about your rights from a qualified Brandenton consumer protection lawyer, contact Moran, Sanchy & Associates today to schedule a consultation.