Can I Be Forced To Arbitrate A Dispute Over A False Credit Report Item? 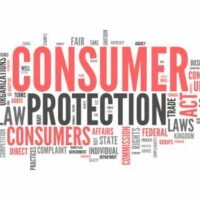 The Fair Credit Reporting Act (FCRA) is a federal law that gives consumers the right to challenge false or inaccurate information on their credit reports. For instance, if a creditor falsely tells a credit reporting agency that you owe it money, you can sue for damages under the FCRA. The reporting agencies may also be held liable if they fail to promptly correct an inaccurate report.

Unfortunately, some creditors are skilled at using the legal system to their advantage in FCRA disputes. Many companies have consumers sign lengthy contracts that include forced arbitration provisions. This means that if there is a dispute arising under the FCRA, the consumer may only vindicate their statutory rights through arbitration rather than traditional litigation.

A recent case from right here in Florida, Lichtman v. Bar Education, Inc., provides a cautionary tale. This case involved a dispute between a woman (the plaintiff) and a for-profit college (the defendant) that she attended. In 2012, the plaintiff enrolled in the defendant’s school. She obtained a student loan financed by the school to pay for her studies.

Less than a year later, the plaintiff filed for Chapter 7 bankruptcy in federal court. She listed the student loan as a debt. This debt was apparently discharged during the bankruptcy, meaning the plaintiff was no longer legally obligated to repay.

Nevertheless, the plaintiff alleged that the defendant “reported false information regarding the student loan”–presumably that she still was required to repay it–to Experian and Equifax, two of the largest consumer credit reporting agencies. The plaintiff subsequently sued all three companies under the FCRA.

The college moved to dismiss itself as a plaintiff, citing an arbitration clause contained in the plaintiff’s enrollment agreement with the school. This clause stated that any “dispute, claim, or controversy arising out of or relating to this agreement” must be resolved by commercial arbitration in North Carolina.

The plaintiff argued the arbitration clause was unenforceable for several reasons, including the fact the agreement “shifts the burden of attorney’s fees to the prevailing party,” which violates the FCRA. She also maintained that forcing a Florida resident to arbitrate in North Carolina would impose an undue financial burden.

A federal judge dismissed those concerns–and indeed dismissed the school as a defendant, leaving only the plaintiff’s claims against the two credit reporting agencies. While the attorney’s fees provision of the arbitration agreement was illegal, the judge said it could be lawfully “severed” from the rest of the agreement and still enforced against the plaintiff. As for venue, the defendant agreed to conduct the arbitration in Florida, so as not to force any “undue burden” on the plaintiff.

Many people sign contracts without stopping to read or consider any forced arbitration clauses. They are then surprised to learn their ability to sue a company for violating consumer protection laws has been compromised. If you find yourself in this position and need legal advice or representation from a qualified Bradenton consumer protection lawyer, contact Moran, Sanchy & Associates today to schedule a consultation.