Does An Arbitration Clause Survive The “For Cause” Termination Of An Employment Agreement? 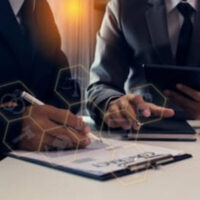 Business contracts often contain detailed procedures for addressing alleged breaches of either party’s obligations. Such procedures may include a requirement to submit any unresolved dispute to binding arbitration. Such arbitration clauses are often controversial, with an aggrieved party frequently going to court anyway to argue the clause is illegal for some reason.

For example, the Florida Fourth District Court of Appeals recently addressed a case, Florida Woman Care LLC v. Nguyen where a plaintiff challenging an arbitration clause in her employment agreement should not be enforced because the termination of her employment also absolved her of the duty to arbitrate. The courts disagreed and held that the arbitration clause remained valid.

The defense moved to compel arbitration of the plaintiff’s claims, citing another clause in the agreement that applied to “any controversy or claim arising out of or related to this Agreement, or any breach thereof.” In response, the plaintiff argued that the arbitration clause “did not survive the termination of the agreement.” After considering this and other arguments, a Florida trial court actually declined to compel arbitration.

Speak with a Sarasota Breach of Contract Attorney Today

Many people are quick to litigate a breach of contract before taking the time to understand what the contract itself actually provides. This is why it is essential to work with an experienced Bradenton business litigation lawyer who can sit down and review the facts of your situation before advising you on the best course of action moving forward. Contact the offices of Moran, Sanchy & Associates today to schedule a consultation with a member of our business and civil litigation team.