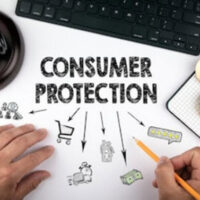 The federal Fair Debt Collection Practices Act (FDCPA) and its state counterpart, the Florida Consumer Collection Practices Act (FCCPA) both prohibit creditors from making false, deceptive, or misleading statements “in connection with the collection of a [] debt.” For example, if a creditor sends you a bill falsely claiming that you owe them money, you could sue and possibly collect damages under the FDCPA and FCCPA.

The U.S. 11th Circuit Court of Appeals recently addressed the question of whether incorrect items on a home mortgage statement could fall within the FDCPA and FCCPA. The case before the Court, Daniels v. Select Portfolio Servicing, Inc., involved a plaintiff who had a mortgage on her Florida home. The plaintiff fell behind on her mortgage payments, and the lender agreed to a modification agreement under which she would make interest-only payments for a period of 10 years. The balance would remain the same during this period.

After that litigation concluded, the company responsible for servicing the mortgage–the defendant in this case–sent the plaintiff a monthly statement. The plaintiff alleged this statement “significantly misstated” the principal balance on the mortgage and the amount of her interest-only payment. The statement also said the loan had been delinquent for several months, which the plaintiff said was also false. In fact, several payments had been deferred with the court’s permission during the prior Wells Fargo litigation.

The plaintiff subsequently sued the defendant alleging FDCPA and FCCPA violations. A federal judge dismissed the case, holding that the mortgage statements complied with the federal Truth in Lending Act and therefore did not qualify as “communication in connection with collection of a debt” under either the FDCPA or FCCPA.

The 11th Circuit disagreed. It held that when a mortgage statement contains “debt-collection language” that was not “required by the TILA,” as the plaintiff alleged in this case, then a lawsuit under the FDCPA or FCCPA was “plausible.”

Specifically, the challenged mortgage statements expressly stated, “This is an attempt to collect a debt.” Other statements claimed the plaintiff was “late on your mortgage payments” and threatened her with the loss of her home. At no point did the mortgage statement explain the document was for “informational purposes.”

Mortgage lenders and other creditors are often aggressive in their tactics. That is why you should never hesitate to assert your own rights under the law. If you need advice or representation from a dedicated Sarasota consumer protection lawyer, contact Moran, Sanchy & Associates today to schedule a confidential case evaluation.