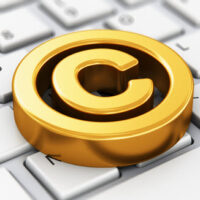 Copyright law and deciding what does and does not fall within the fair use doctrine is an increasingly important and ever changing area of law in business litigation, especially in an age of social media and constantly sharing information via the process of “embedding” one thing in another. Now, a case that has been filed in the Southern District of Florida – a federal court – could set a far-reaching precedent when it comes to how social media companies incorporate posts into online stores.

The case involves a plaintiff who uploaded a photo to Snapchat, which then went viral, appearing on other websites such as Twitter and Reddit. As a result, news outlets then picked it up and used it in news stories. When those news reports included the plaintiff’s photo embedded within their online stories, the plaintiff sued in both New York and Florida, arguing that he never provided permission for the photo to be used.

The Florida lawsuit is now part of a series of lawsuits brought against Cox Radio Inc., arguing that websites owned or controlled by the company infringed on this photograph which became somewhat famous. And if Florida follows in the footsteps of courts in other states, such as New York, the court could find that it is irrelevant, to finding in favor of a plaintiff, that the defendants shared the picture by embedding the tweet as opposed to hosting it on their own websites. Specifically, according to one U.S. District Judge in the Southern District of New York, when defendants caused the embedded tweets to appear on their websites, they violated the plaintiff’s exclusive display rights.

Still, the New York judge did acknowledge that defendants had a strong fair use defense, which could influence the Florida court to possibly go in the opposite direction and find for defendants in the current case. The law is fuzzy in this area because copyright law was not designed to address social media embeds in online news stories. Last amended in 1976, the Copyright Act of course does not even include terms such as “tweet” and “embed.”

However, if Florida and other courts follow in the footsteps of the New York ruling, it could lead to a number of willful infringement cases being filed in the Southern District of Florida and across the U.S., especially given how common the embedding process is when it comes to information sharing in the social media age. As a result, online publishers need to be especially careful, especially given the fact that the Copyright Act allows the winning party to seek attorneys’ fees from the losing party. Therefore, in cases where there has been willful infringement, there could be attorney fee awards that could quite literally ‘break the bank’.

Contact Our Florida Business Litigation Attorneys to Find Out More

If you run a business that regularly shares information from other websites, our Sarasota business litigation attorneys can ensure that you are protected from expensive, protracted litigation, especially when it comes to potentially expensive copyright claims. Contact us today at Moran, Sanchy & Associates to find out more.