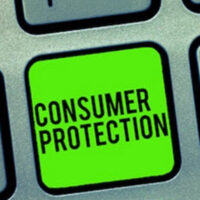 A credit report is a written document that contains sensitive information about your credit activity, such as how much credit you have and whether you make your minimum payments on time. There are three main credit reporting agencies in the United States, all of whom are subject to the federal Fair Credit Reporting Act (FCRA). Among other things, the FCRA contains certain procedures and remedies for ensuring any data on your credit report is accurate.

But let’s backup a bit. Credit reporting agencies make money by selling those reports to businesses. After the September 11, 2001, terrorist attacks, TransUnion started selling a new, more expensive report to customers that indicated whether an individual’s name matched one on the Treasury Department’s list of “Specially Designated Nationals.” This is basically a euphemism for “suspected terrorists and drug traffickers.”

TransUnion’s system essentially only matched first and last names. The company never bothered to compare other identifying information such as birth dates or even middle names. As a result, thousands of customers were flagged as suspected terrorists or drug traffickers merely because they had a similar first and last name to someone on the Treasury Department’s list. Even after a consumer successfully sued TransUnion in 2005 over these practices, the credit reporting agency failed to make any meaningful changes to its system.

Fast forward to now. A group of 8,185 individuals filed a class action against TransUnion, alleging it violated their rights under the FCRA. Of that group, 1,853 members specifically alleged TransUnion provided the erroneous “terrorist” reports to third parties. The remaining 6,332 reports were not provided to third parties but nevertheless contained the inaccurate information.

The Supreme Court held, by a 5-4 vote, that only the 1,853 members in the first group could file a lawsuit under the FCRA. The majority found the second group lacked “fundamental standing” to sue under Article III of the Constitution, which limits federal jurisdiction to cases involving a “concrete injury.”

In short, the Court said that the “mere risk of future harm”–i.e., the chance that a customer might face an adverse credit decision based on TransUnion falsely labeling them as a suspected terrorist–was not enough to justify their lawsuit. In dissent, Justice Clarence Thomas pointed out that Congress already decided “that such misdeeds deserve redress” through the FCRA. But he said the majority felt TransUnion’s violations were “so insignificant that the Constitution prohibits consumers from vindicating their rights in federal court.”

The Supreme Court’s decision is an unfortunate setback for consumer rights. But it also highlights the importance of making sure credit reports contain timely and accurate information. If you believe that your rights have been violated in this area and need to speak with an experienced Bradenton consumer protection lawyer, contact Moran, Sanchy & Associates today to schedule a consultation.