The “Standing at Inception” Rule In Foreclosure Defense Cases 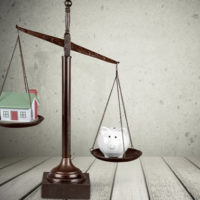 The standing at inception rule requires that lenders prove that they have the right to enforce the note on your home and mortgage at the time they file their complaint in court. It is an important rule that often makes the difference regarding whether a given homeowner ultimately wins or loses their foreclosure case.

History of “Standing at Inception” Rule

Years ago (in the nineteenth century), the U.S. Supreme Court decided that the promissory note and the mortgage (security for the debt) were virtually indistinguishable/inseparable. However, as time went on, mortgages appeared to be controlled and moved independently of notes in quite a few circumstances. When homeowners facing foreclosure demanded that lenders show them the note, courts enforcing foreclosures laws, in accordance with the Supreme Court decision, refused to require that those foreclosing prove note ownership (i.e. with the understanding that the note was presumed to be a part of the mortgage).

However, as there were more and more fraudulent mortgage assignments (particularly around 2010), those trying to foreclose on homeowners suddenly had to produce the note and actually even encouraged courts to ignore mortgage assignment and ownership irregularities altogether.

This ultimately led to what’s modernly known as the “standing at inception” rule, whereby state courts required proof of ownership of the note at the time a foreclosure complaint was filed by those attempting to foreclose.

The rule is the first defense in protecting homeowners facing foreclosure and is necessary to prevent mortgage fraud.

Your home is likely not only your most valuable asset, but it represents part of you, and likely contains many memories for you and your family. There are many ways to avoid foreclosure by working with experienced, dedicated foreclosure defense attorneys.

At Moran, Sanchy & Associates, our dedicated foreclosure defense attorneys work tirelessly to provide you with any and all defenses to help you stay in your home. Contact us to find out how we can help you.