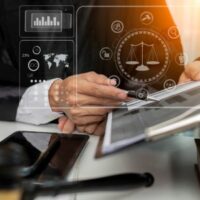 The prospect of contract litigation is often daunting for Florida business owners. One way to help insure against the risk of potentially lengthy litigation is to include binding arbitration clauses in business contracts. Federal law provides strong protections for such arbitration agreements, which can help provide for a quicker, less costly resolution should a dispute arise.

Typically, an arbitration agreement requires an arbitrator–not a court–to decide any challenges to the validity of the underlying contract. However, a judge may still be called upon to determine any challenge to the existence of the contract. That is to say, a court must first decide if a valid agreement to arbitrate exists, and if it does, then the arbitrator must decide if the contract is invalid for some other reason.

This seemingly technical distinction can have a significant impact on the outcome of a dispute. A recent decision from the U.S. 11th Circuit Court of Appeals, Reiterman v. Abid, provides a useful illustration. This case actually revolved around a settlement agreement signed as the result of a prior civil lawsuit.

After the police declined to charge the plaintiff, the defendant published a series of anonymous blog posts to the Internet accusing the plaintiff of “sexually assaulting multiple women.” The defendant posed as several different women to lend her allegations the appearance of credibility. Apparently, her campaign proved successful in affecting the plaintiff’s reputation and later attempts to find employment as an attorney.

The defendant then asked a federal judge to compel arbitration under the original settlement agreement. The judge declined to do so and the 11th Circuit affirmed. As the appellate court explained, since both parties “rescinded” their consent to the settlement agreement, the included arbitration clause was also rescinded. In other words, a valid contract between the parties no longer existed, so there were no grounds to compel arbitration.

Speak with a Florida Business and Contract Litigation Attorney Today

Most civil litigation is resolved through negotiations. But even when an agreement is signed, issues may still come up that require additional legal action. If you need advice or representation from an experienced Bradenton civil litigation lawyer, contact Moran, Sanchy & Associates today.