When Can A Corporate Officer Or Shareholder Be Held Personally Liable For A Business Debt? 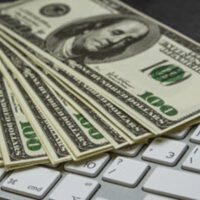 When suing a business entity such as a corporation, the individual shareholders typically cannot be held liable for any judgment. In other words, if you sue Company X for a breach of contract and win a monetary award, you cannot seek to collect that judgment against the personal assets of Company X’s shareholders or officers. Of course, if an individual shareholder or officer signed a “personal guarantee” for the contract or debt in question, then that is a different story.

Brothers On the Hook for Business Loan Following Default

A recent decision from the Florida Third District Court of Appeals demonstrates an application of this exception. This case, DSLRPros, Inc. v. Lalo, involved a $750,000 loan made by an individual (the plaintiff) to two corporations. One of the co-defendants was a shareholder and officer for both companies, and he signed the relevant loan agreement. This officer and another shareholder in the two companies–both men are brothers–also executed a “Pledge Agreement” in connection with the loan. Under the Pledge Agreement, the brothers offered 9 percent of their stock in the two companies as collateral for the $750,000 loan.

The two corporations eventually defaulted on the loan and ended up dissolving. The plaintiff then sued both the now-dissolved corporations and the two brothers individually to recoup his money. The plaintiff insisted that under the language of the Pledge Agreement, both brothers agreed to be personally liable for the loan. The brothers disputed this; they insisted the Pledge Agreement simply offered the shares of stock as collateral, nothing more.

But a circuit court judge, and later the Third District, agreed with the plaintiff’s reading of the agreement. The appellate court noted that all parties agreed the brothers “signed the Pledge Agreement in their individual capacities” and not as corporate officers. The agreement went on to state that in the event of a default on the loan, the plaintiff was entitled to sell the shares of stock pledged by the brothers. In addition, if the full amount of the loan “remains unsatisfied” following such a sale, the plaintiff had the right “to seek payment of such unsatisfied amount from Pledgors.”

In this context, the “Pledgors” were the brothers acting in their individual, non-corporate capacities. The Third District said the language was “unambiguous” on this point. That is to say, the brother “agreed in a signed writing to be held personally liable for the principal, interest, and all other amounts due under the Loan Agreement.”

If you are involved in any sort of contractual dispute it is crucial to seek out timely legal advice regarding your options and potential remedies. Even when an agreement seems to be clearly worded, the other side may still dispute your interpretation. That is why you must always be prepared to litigate if a negotiated settlement proves impossible.