Why You Need To Take Florida HOA Disputes Seriously 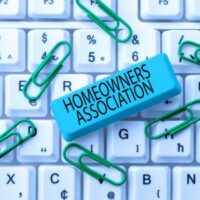 Most Florida homeowners have had to deal with an HOA dispute at one time or another. Oftentimes, these situations are quickly resolved without anyone needing to call a lawyer. But when things escalate, a homeowner must be prepared to assert their rights in court.

Disagreement Over Unkempt Lawn Leads to Years of Litigation

One thing to keep in mind is that unlike many other civil lawsuits, in an HOA dispute, the “prevailing party” is allowed to ask for legal fees and court costs in addition to whatever relief has been sought. This means that if your HOA sues you for violating the HOA’s bylaws and wins, you could be on the hook for thousands of dollars in attorney fees.

A recent decision from the Florida Second District Court of Appeal, Mauriello v. The Property Owners Association of Lake Parker Estates, Inc., offers a cautionary tale. In this case, an HOA alleged two of their homeowners, a husband and wife, were “not maintaining their lawn and landscaping in good condition” as required by the association’s bylaws. The HOA sued the homeowners, essentially seeking a court order to make the homeowners mow their lawn and pull their weeds.

According to the Second District, the litigation that followed took several years. The homeowners’ defense was basically that the association bylaws required the HOA to remedy the condition–i.e., maintain their lawn–and then bill them for the costs of doing so. A judge rejected that argument. As the litigation continued, the homeowners decided to sell the property.

The sale did not immediately end the lawsuit. Instead, the HOA named the new owners as co-defendants and continued to seek an injunction. The now-former homeowners argued they should be dismissed from the case since they were no longer responsible for the property–and the new owners had, in fact, fixed the lawn. The HOA ultimately relented and agreed to dismiss the lawsuit.

But then the HOA sought legal fees from the former homeowners. The trial court granted that request and ordered the ex-homeowners to pay up. The ex-homeowners appealed, arguing the HOA was not the “prevailing party” as required by Florida law.

The Second District agreed. The appellate court noted that the HOA did not dismiss its lawsuit immediately following the sale. Rather, it waited until the new owners “cured the alleged violations” of the bylaws and then dismissed the case. So while the HOA did obtain the relief it originally sought, it did not come from the ex-homeowners. As such, the HOA was not the “prevailing party,” and it was not entitled to any legal fees.

It might sound fantastic that a dispute over an unkempt lawn could lead to years of litigation. But HOAs often have a reputation for using every legal tool at their disposal to assert their interests. As a homeowner, you must be prepared to do the same. If you need legal advice or representation from a qualified Sarasota homeowners’ association dispute lawyer, contact Moran, Sanchy & Associates today to schedule a consultation.