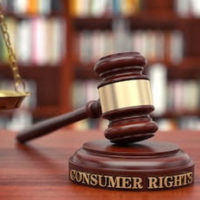 Consumer fraud committed against the elderly is the “crime of the 21st-century,” especially here in Florida. A number of elderly individuals are taken advantage of every year; completely unbeknownst to their families.

According to researchers, one of the biggest challenges in preventing financial exploitation of the elderly has to do with being able to detect financial reasoning capacity deficits. Without taking steps to assess someone’s capacity for financial decision making, it is easy for those around an individual to simply take their word that they know what they’re doing. As a result, it is well worth attorneys who work in both consumer fraud and estate planning to be aware of this issue and to plan for it when it comes to ensuring that their clients and their clients’ families are protected.

Individuals over the age of 65 are the targets of one of the fastest growing consumer fraud issues today precisely because  many of them are involved in a number of financial transactions involving hundred and millions of dollars every single day A number of these elderly individuals do an amazing job of protecting their finances, however, those who develop dementia or who are forced to suddenly start handling the household finances due to their  spouse’s death can sometimes become vulnerable to consumer fraud.

Financial institutions have reported close to 200,000 suspicious activities targeting elderly individuals, which involved a total of more than $6 billion. According to the corresponding report assembled by the Consumer Financial Protection Bureau:

The most common scams committed against older individuals included the following:

A number of states – including Florida – have passed laws protecting the elderly. Family members need to put themselves in a position to help their loved ones by obtaining official guardianship status or other privileges, such as a financial power of attorney.

If you have concerns about consumer fraud and/or potentially being a victim due to estate planning needs and issues, contact our experienced Sarasota consumer fraud attorneys at Moran, Sanchy & Associates today to find out how we can help.